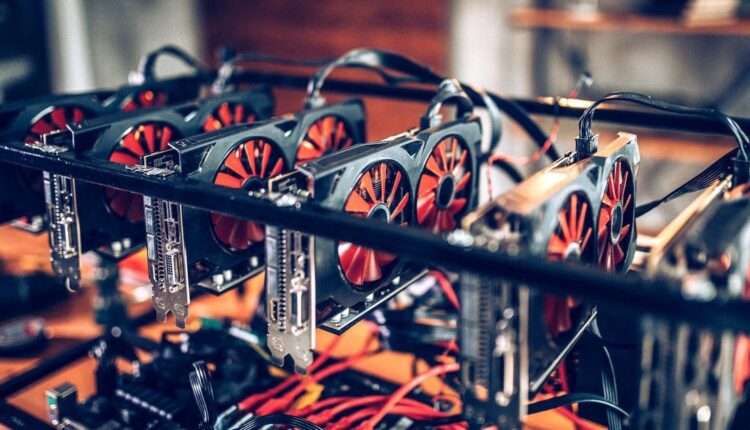 Crypto mining can be used to generate new Bitcoins or any other cryptocurrency while buying it from an exchange is the easiest method of investing in it. Even though these coins are free, hardware investment and maintenance costs are incurred throughout the process.

Mining cryptocurrency: what is it?

A currency is created by mining new transaction blocks that are validated by Proof-of-Work (PoW) blockchains. Cryptocurrencies that use blockchain models include Bitcoin, but there are many more. The mining of other cryptocurrencies, such as Monero, Ravencoin, Litecoin, Grin, Zcash, Ethereum and Ethereum Classic, also contributes to the creation of these cryptocurrencies

A consensus mechanism update is due to be completed by the end of 2022 on Ethereum. There will be no mining required in Ethereum 2.0 because it will be a Proof-of-Stake (PoS) blockchain.

Crypto mining is what it sounds like. But who are the miners? The type of computations necessary for cryptocurrency mining require a specialized computer with CPUs or GPUs capable of handling such a task. The algorithms for each blockchain may differ, so it is important to design miners specific to the software that is being used.

In Blockchains are distributed networks of computers that verify and secure transactions all over the world. If the cryptocurrency rewards cover the logistic costs (hardware, electricity, and maintenance), the miners are happy to pay for this complex hardware and set up the network.

Basically, crypto mining works on the basis of the miners spending their computing power validating blockchains and generating new coins. As the devices are not designed to last that long, things could get sour for miners if prices don’t change in the coming years. In three to five years, mining hardware degrades, with some parts needing to be replaced. The power supply and fan in a significant percentage of these devices are likely to need replacing in the next 60 months, Bassi said.

Yet, the mining expert praised the new Antminer devices’ water cooling features. It is expected that miners who are already planning to use liquid cooling in the future will have the ability to compete if this standard remains in place.

Bitcoin mining is profitable, isn’t it?

Crypto mining remains profitable, but it cannot be easily determined. The cost of electricity needed to operate the mining machines, the price of the equipment, and the difficulty of mining should be considered by miners prior to mining any coin. It is important for miners to also keep an eye on the current crypto price, in light of the volatile nature of cryptocurrency.

Mining that particular crypto might no longer be profitable if its price drops below a certain level. Because of this, many miners decide not to support the network when prices drop.

In addition, smaller miners have difficulty competing with serious miners due to the type of mining equipment they use. Choosing to join a mining pool is an efficient option, but it comes at a cost and reduces your profit.

Bitcoin is not the only cryptocurrency mined by crypto miners. They also mine other currencies as well. It is possible to convert other cryptocurrencies into Bitcoin using a Bitcoin wallet.

Before you begin mining cryptocurrency, use an online profitability calculator. At the beginning of Bitcoin’s existence, mining was a lucrative activity. As mining difficulty levels have increased and large institutional players have entered, the industry has changed dramatically. In order to decide whether to engage in mining, individuals should perform a cost-benefit analysis, considering variables such as electricity costs, efficiency, and Bitcoin price. Alternatively, mining other PoW cryptocurrencies that require less expensive equipment and have lower mining difficulties may also be an option.